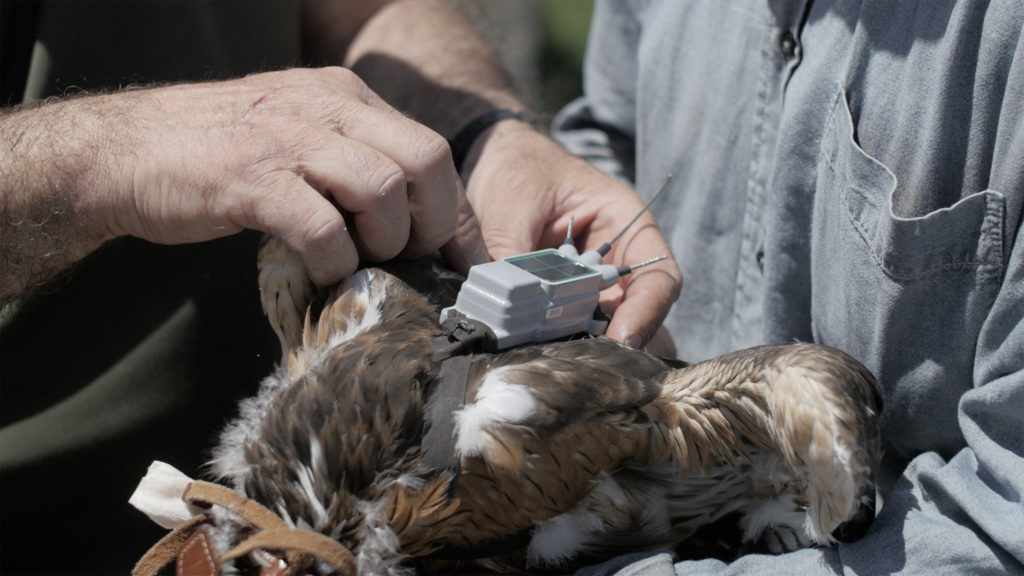 The ornithologists fix the GPS transmitter on the Eagle’s back using a teflon tape (ph. M. Andreini – A. Di Federico).

Eight young eagles were equipped with GPS transmitters by the researchers of the LIFE ConRaSi project on last May. This is an outstanding result, since it is the first time ever that individuals of this species are tagged in Italy!

The operation, very complex and delicate, was carried out by a multinational team composed of Spanish and Italian ornithologists. The Spanish partner GREFA contributed significantly with its long time experience on this species (GREFA is currently running the LIFEBonelli project) and it also brought to Sicily Victor García Matarranz and his collaborator Alfonso Barragán Pérez: both have a remarkable experience in bird handling and marking. Victor, who works for the Spanish Ministry of the Environment, has been marking more than 1,500 birds over the years, a real tagging master.

Eagle marking took place at the nest, when the birds were grown enough, though not able yet to leave the nest. The eight eagles, six males and two females, were given a name: Ampalo, Balu, Bart, Greta, Lisa, Pino, Rocco and Tano.

The GPS transmitters will allow the ornithologists to monitor the movements of these eagles and to assess their habits and habitat preferences. Bonelli’s Eagles are sedentary birds, but young can fly over long distances and the transmitters will clarify paths and magnitudes of these movements. Finally, the transmitters might also provide data on the mortality causes, a precious information to better tune the conservation measures. 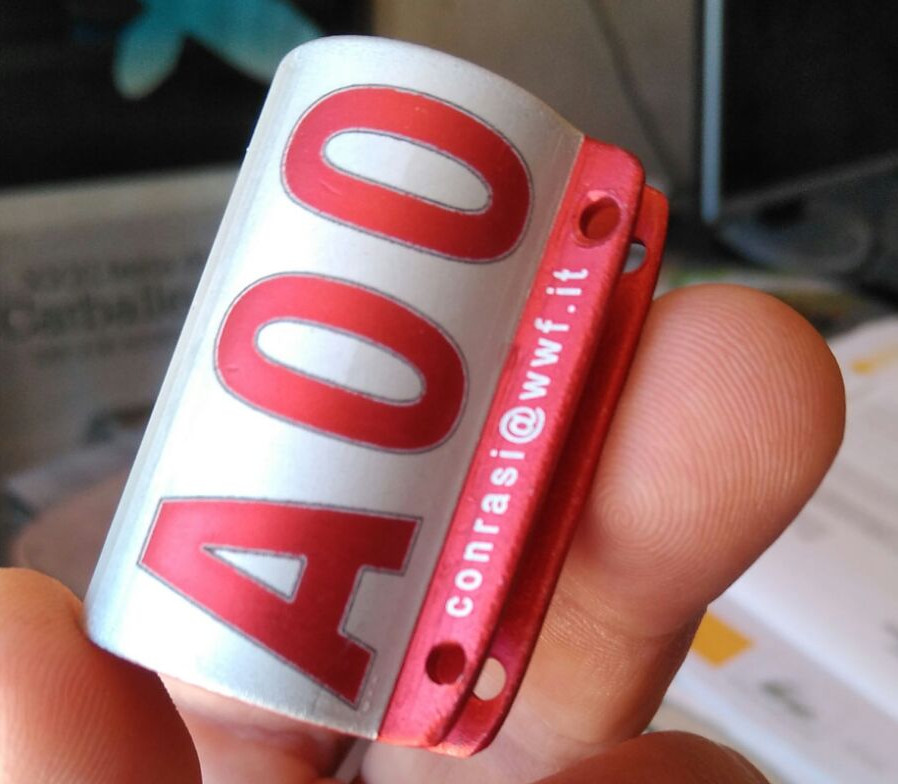 The coloured ring the Eagles were equipped with (ph. Manuerl Galàn).

The eagles were also equipped with white rings bearing a red alpha-numeric code that can be read with good binoculars and telescopes, allowing the identification of the animal from a distance.

We take this opportunity to congratulate with the team of experts: the aforementioned Victor and Alfonso, the ornithologists of Ecologia Applicata Italia, in particular Massimiliano Di Vittorio and Pino Cortone, the GREFA experts Ernesto Álvarez, Juan Martinez and Manuel Galàn and Prof. Mario Lo Valvo of the University of Palermo. We also thank our partner Dipartimento per lo Sviluppo Rurale e Territoriale della Regione Siciliana and ISPRA for the support provided during the authorization phases, as well as the Gruppo Tutela Rapaci, with which the project is collaborating since the early phases. 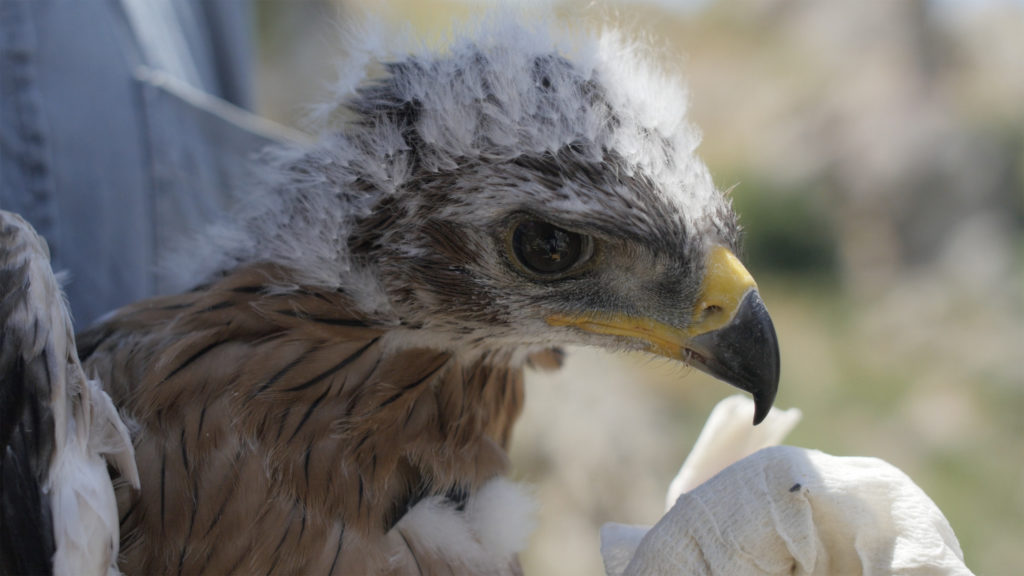 One of the young Eagles during the tagging (ph. M. Andreini – A. Di Federico)