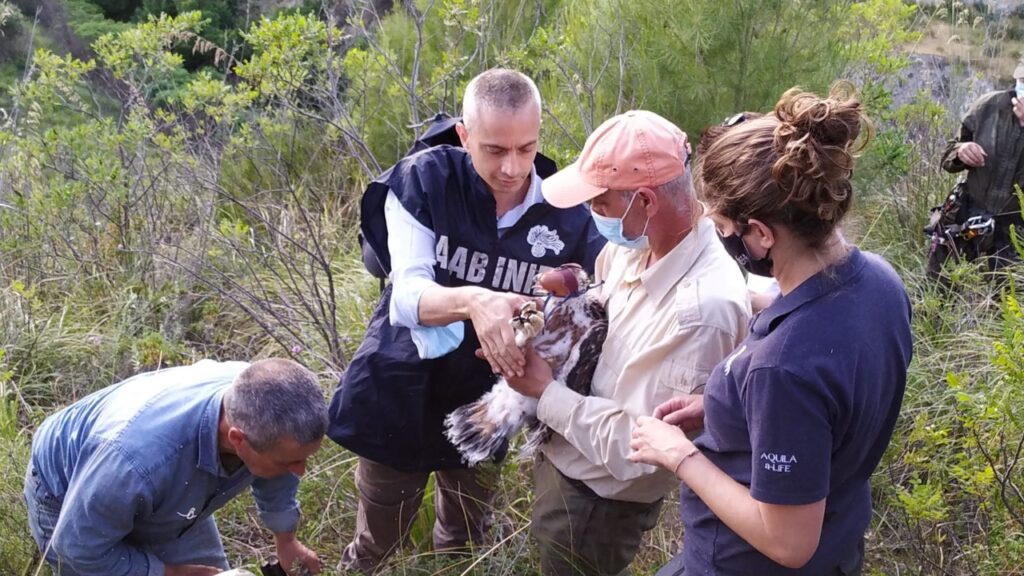 While we approach the final phase of the LIFE ConRaSi project we summarize and share the latest achievements.

Moreover, a veterinary team carried out biometric measurements and specific sanitary treatments on the nestlings, mainly aimed at treating the infection from Trichomonas; feathers were also collected for genetic analysis. Genetic data are crucial to understand population dynamics but also for fighting illegal poaching. 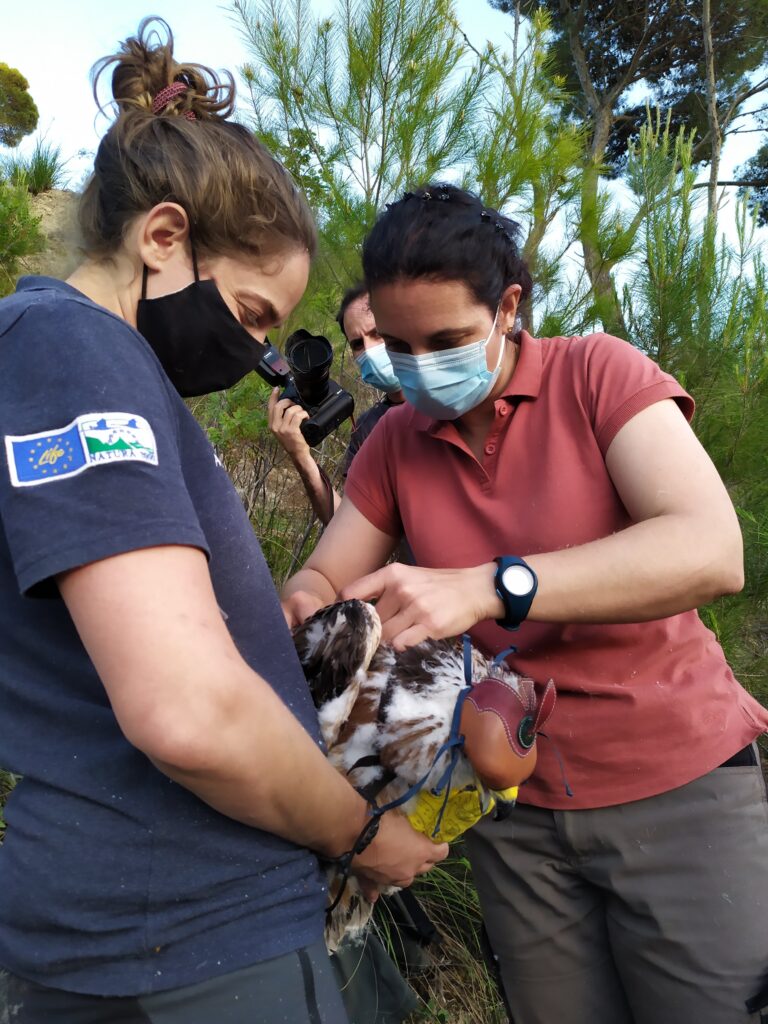 Up to date, a total of 22 Eagles are being monitored through the GPS tags.

The Bonelli’s eagle population can also count on 5 warren stations, providing a substantial trophic support particularly throughout the reproductive season, whereas for the Egyptian vultures 6 feeding stations are now fully operative.

Relationship with the project Aquila a-LIFE has been strengthened thanks to the subscription of the “Bonelli’s Eagle’s LIFE Projects Scientific Manifesto”, whose purpose is to reorganize, develop and promote future research on the biology of Bonelli’s Eagle. More importantly, three young eagles selected during the tagging session, were transferred to Sicily to support the reintroduction programme coordinated by the Italian Institute for Environmental Protection and Research (ISPRA), under the framework of the Aquila a-LIFE project.

A second public survey was carried out to assess whether and to what extent the public perception towards the themes of the project changed over time (a first survey was carried out in 2016). Overall, the results show a drop in the levels of information and awareness, which does not come unexpected, given that the communication of the project was negatively impacted by the pandemic over the last 15 months.

Other actions are going to be implemented in the next weeks/months, we then recommend to stay tuned for further updates and news.