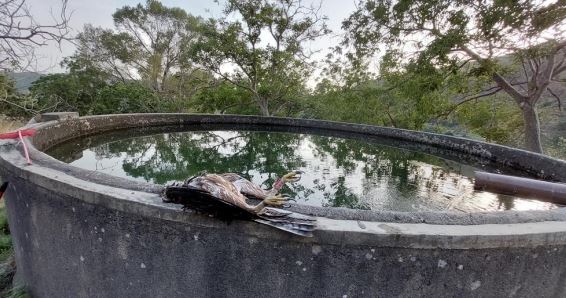 While the LIFE ConRaSi project is coming to an end we can make a first balance of one of its main actions: Bonelli’s Eagles GPS tagging activity.

Up to date, a total of 39 Eagles were equipped with the GPS tags. The monitoring activity and the resulting data analysis provided meaningful information on young Eagles habitat use and preference but also on the causes of death. 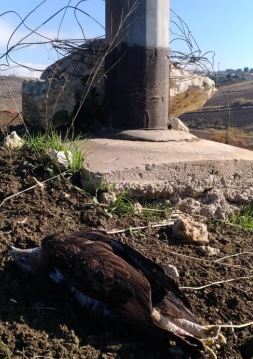 The data analysis was carried out and summarized by Dr. Stefania Merlino from ConRaSi team. Electrocution and poaching resulted as two of the main causes of mortality of Bonelli’s Eagles; moreover, a new emerging cause of death was highlighted: the drowning in water tanks.

Water tanks are architectural structures for collecting water widely distributed on the Sicilian territory. Bonelli’s Eagles approach the water tanks for two reasons: to quench their thirst during the warm seasons and to prey on pigeons, which have become the most preyed species since natural Eagles’ preys are in short supply. The effective cause of death is due to the absence of footholds that obstacle the animals from rising to the surface.

Death by drowning recently occurred for two young Eagles, meanwhile other two raptors were rescued alive by the project team thanks to GPS devices that reported the animals’ inactivity. Regarding this specific issue the project team stresses the importance of timely interventions such as providing “raft” or anchoring platforms to facilitate the ascent of the Eagles to the surface.

Finally, data relating to Eagles’ lack of activity led even to successful conclusion: individuals were found in areas with a satisfactory amount of prey, such an important information for habitat preference studies.