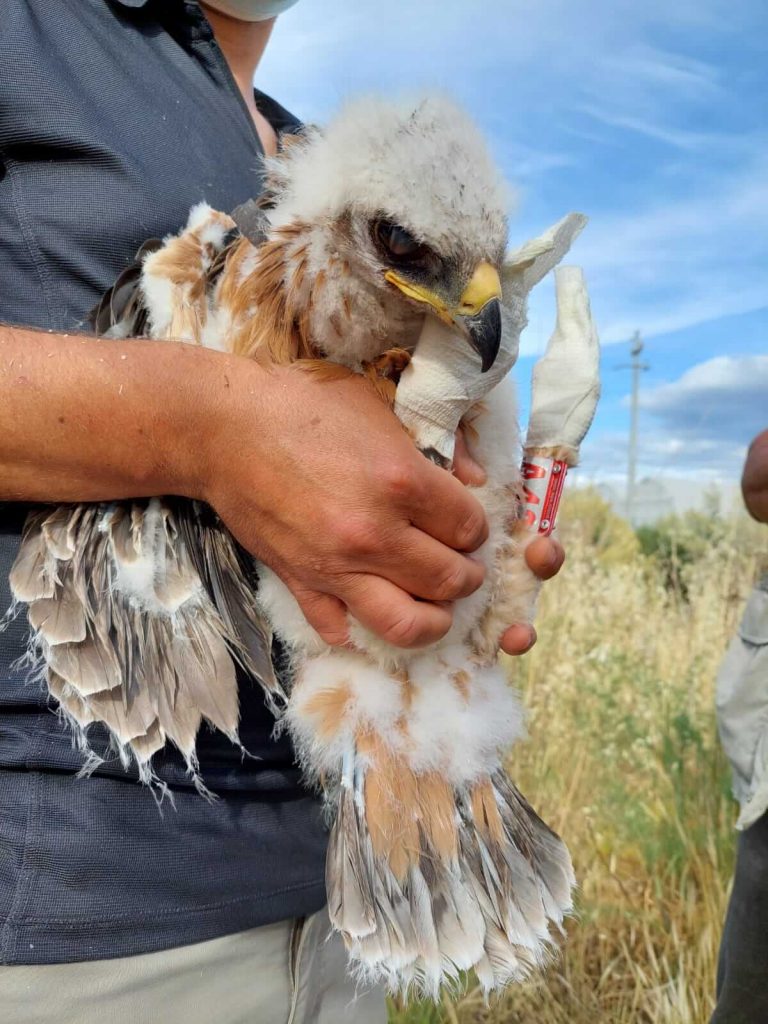 We provide the latest data on Bonelli’s eagle population collected by Action D1.

Mating pairs was observed at 55 nesting sites, and a successful reproduction was ascertained in 37.

The “breeding success” and the “fledging rate”, that are among the key factors to monitor the growth of a population, were calculated.

The “fledging rate” is described as the ratio between the number of fledglings and the number of mating pairs with successful reproduction. A pullet of Bonelli’s eagle is fully fledged upon reaching 8-9 weeks of age. The value is around 1.21

Finally, the ratio between the fledglings and the number of territorial pairs monitored, defined as “productivity rate”, was calculated as 0.81.

Any parameter related to the Bonelli’s eagle breeding season 2021 confirmed to be stable or increased compared to the previous five years. Such a positive result underlines the crucial contribution of the LIFE ConRaSi project to the improvement of the conservation status of Bonelli’s eagle in Sicily.